To give anything less than your best is to sacrifice the gift. -Steve Prefontaine

I have NO idea how to write this report (so I'll do it mostly through photos!). This was not a normal race. This was beyond fun. Chaos. Craziness. So much laughter. Conversations that have to stay on the streets of Anaheim. Photos that may never end up being shown - but always cherished by the three members of Team Jam! We didn't run 13.1 miles that day. We "ran" 13.4. Zigging, zagging, turning around to repeat photo stops... we were overachievers! Time? Who the heck cares? We were in Disneyland - and honestly I was disappointed when I saw the finish line. I didn't want it to end. I've never felt that way during a race before! 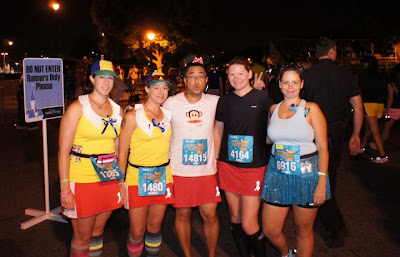 Woke up at 3:40am, met the gang at 5am in the start area ~ and we all met up without even using cell phones to track each other down. How impressive is that? Becka & L went off to Corral A, Giraffy and I went to Corral C and Rose? Well ... she met up with us in C after a sly move with some TNT runners. Ssh. It was all fun and games until panic set in. My sunglasses. They were in my backpack, which was inside Becka's backpack, which was on Biker Boy's back. Frantic phone calls and texts led to me getting them before the race started. Phew! Thanks, BB!! 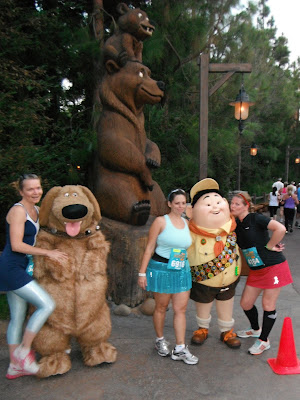 The race started and we were off! My legs felt like they were working much harder than we were actually going. And happily I never felt my blisters during this race, thanks to some last minute advice from Becka! That first mile was great. Laughing, talking - okay, fine - we did that through the entire race. But we actually ran that first mile without stopping! And that was the only time we did that. My legs got super tight and we pulled over to stretch them out. Once we got moving again we were in the parks and it was time for character photo stops - we hit them all!!

Did you know they won't let you hump a dog? Yep. Rose tried. So instead I made her go for the rock - better than nothing, right? 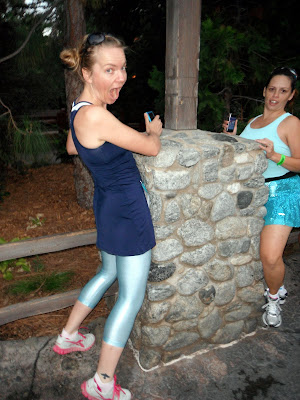 Running through the parks is the best! We were all over the place, on-stage and off. I loved the off-stage parts because it was finally okay to take pictures and not worry about getting in trouble by your boss. I loaded up. I mean between the two races I have TONS! (There are about 400 race photos overall ... facebook is the place to see 'em, FYI.) 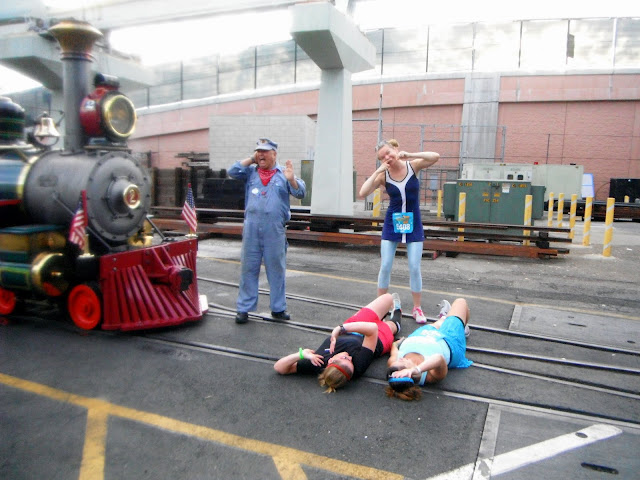 I'm not going to go through this race mile by mile. It just wasn't that kind of a race for us. This was all about FUN!! We came up with the name Team Jam once we hit Main Street USA. Team Jam was the awesomest team - and probably the dirtiest. I'd tell you why, but what happens on the race course stays on the race course. Disneyland Half was our Vegas! I CAN tell you at mile 9 my hand came into contact with Rose's crotch. Pretty sure she liked it. What I can also tell you is I have never laughed so hard during a race in my entire life. All 3 goals that I set for myself were achieved. Woohoo! There were no tears, no vomit, no major bouts of dizziness, no injuries, no bathroom issues (unless of course you count that woman that peed herself.) All three members of Team Jam did get hit by a parade float, so that's pretty cool, right? 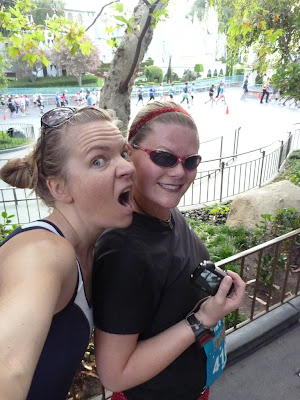 Good news .... I did NOT puke! It was close ... and there were moments of gagging on gels and regurgitating water, but in the end, I did it! NO vomit ... here's the picture to prove it! 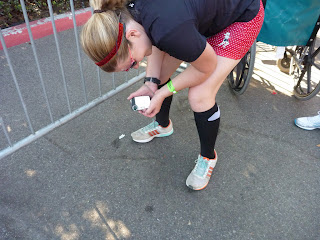 Basically, Team Jam and the Disneyland Half Marathon was an amazing experience! In all 6 half marathons I've run, this was definitely the one that stands apart as truly unique. I mean how many people can say they did cartwheels, had jazz hands, sang and danced with marching bands and ran on a baseball field all during one race? Yeah - we had all the energy in the world to be probably the most annoying, obnoxious, entertaining, hysterical team on the course. A total blast. One word ... EPIC!!

I'd show you a final Team Jam photo with our medals, but Brightroom shunned us and won't share the photos with anyone. Lame.  So instead here is the whole crew with a picture from my phone! 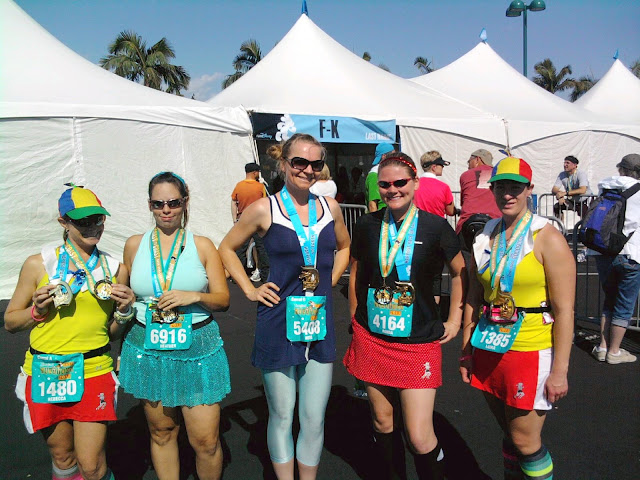 Thanks for reading my little blog, your comments rock my compression socks!! ºoº 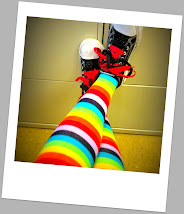 I never go outside unless I look like Joan Crawford the movie star. If you want to see the girl next door, go next door.
- Joan Crawford 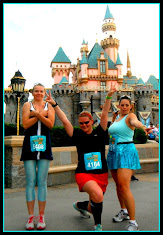 I always like to look on the optimistic side of life, but I am realistic enough to know that life is a complex matter.
- Walt Disney 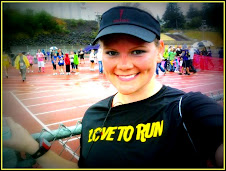 Wisely, and slow. They stumble that run fast.
-William Shakespeare 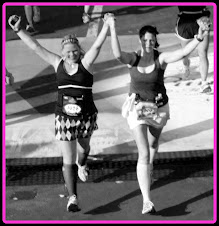 You don't develop courage by being happy in your relationships everyday. You develop it by surviving difficult times and challenging adversity.
-Epicurus 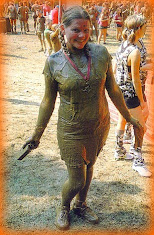 Everybody sees me as this sullen and insecure little thing. Those are just the sides of me that I feel it's necessary to show because no one else seems to be showing them.
- Fiona Apple 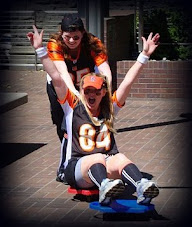 Dreams are often most profound when they seem the most crazy.
-Sigmund Freud 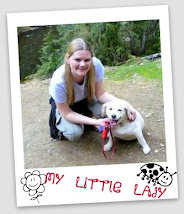 Of all things which wisdom provides to make life entirely happy, much the greatest is the possession of friendship.
- Epicurus 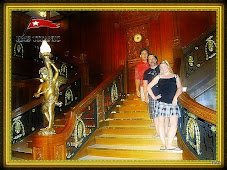 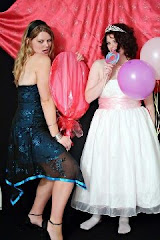 Things I Talk About